From the Albuquerque Journal: 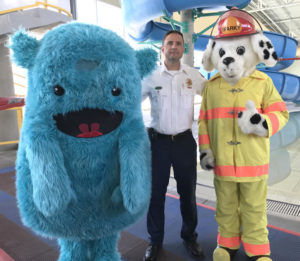 Drownings are among the leading causes of unintentional death for children age 4 and younger, but enrolling children in a program to teach swimming “reduces the chance of a child drowning by 88 percent,” said Josh Herbert, aquatics manager for the City Parks and Recreation Department, and the chair of the Ditch and Water Safety Task Force.

The task force, which has been operating for about 35 years, he said, works to reduce the risk of drowning by educating people about water safety, “and promoting safer places to swim and play.”

Toward that end, the City of Albuquerque and Bernalillo County are making available 70,000 free one-day swimming passes to a city or county swimming pool as part of its “Swim and Play Pass Program,” and as part of the task force’s “Ditch the Ditches” campaign.

Read the rest of the story